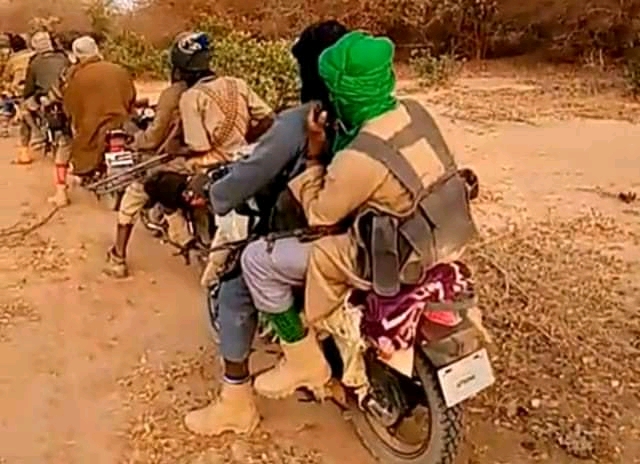 Amid anxiety over the fate of abducted students of Government College, Kagara, Niger State, bandits struck again in neigbourbing Katsina State, abducting a monarch and 13 others in two separate attacks, Hotmedia.ng has learned.

The gunmen were said to have kidnapped the 91-year-old traditional ruler of Kunduru community on Friday night.

According to Sunday Vanguard, the victim who is the Galadiman Kunduru is the father of the Secretary to Katsina State Government, Alhaji Kasimu Ibrahim.

One of his children who pleaded for anonymity, confirmed the incident yesterday, adding that the incident had already been reported to the Police.

The nonagenarian was said to be having health challenges.

Sources also said the abductors had not made any contact with the family.

As of press time, the Permanent Secretary could not be reached as phone calls to his mobile phone were not replied to.

When contacted, spokesman for the Katsina State Police Command, Superintendent of Police, Gambo Isah, said he was not aware of the incident.

“ I am not aware of that incident,” he told newsmen.

In a related development, gunmen kidnapped 13 travellers in Faskari Local Government Area of the state.

Isah also confirmed the incident, saying the bandits struck at 10: am on February 17, 2021.

He explained that the victims were travelling to Funtua from Mai Gora to collect loans from a bank provided through a family support programme.

He added that the Police were making efforts to ensure that abductees were rescued alive.

According to him, “it’s not true that seventeen women going for a wedding were abducted.

“What happened was that thirteen women from Mai Gora were travelling to Funtua for this family support loan facilities from a bank, somewhere before Dan Rimi village, these bandits came from the bush and shot at the tyres of the vehicle they were traveling in, forcing the driver to stop. Three women escaped while the remaining nine and the driver were abducted.

“We are making serious efforts to ensure that the nine women and the driver who are still in captivity are rescued alive. The incident happened at 10 a.m.”

Residents said the bandits were yet to contact any of the families of the victims as of press time.